One of the major problems with trauma it now seems to me happens when we have to deny or bury the truth about our authentic feelings over what happened to us in our life through traumatic or painful events often due to mainstream ignorance or misunderstanding. Having to deny we are vulnerable and suffered as a result reduces us as humans to being robots or machines..To deny that we should feel makes us feel both shame and that we are broken or defective for having legitimate responses.

Denial of our true feelings, natural reactions and sensations makes a lie of the fact that as humans we are both feeling and sensate in bodies that have a million fine nerve endings. It is human to experience pain but to be told we do not is actually an insanity producing thing. Just writing this post today calls to mind the many times I was told as a child I was not in pain, when I was in pain which as my life went on meant the knowing of the truth was made so so so much harder.

When I think about what my parents generation endured and most especially their parent’s generation it is no surprise all of this denial and burying of feeling. The natural way of things for those generations was the need to ‘get on;, to deny it all, to minimise, or to feel shame as a result.. Watching a movie this weekend recommended to me by a fellow blogger on World War One trauma Regeneration has bought this home to me most glaringly.

In that film one of the men scarred in battle emotionally is having time at the hospital Craiglockhart near Edinburgh under the treatment of a psychiatrist and is admonishing himself for suffering and for not being tougher in the circumstances. What he has been put through by that point is true horrific. In a very powerful scene the psychiatrist he is sharing with admits that he would be feeling vulnerable and deeply affected in the same situation. He also mentions that this kind of trauma may not rest on just one stress or difficult experience but may significant ongoing experiences that also bring about a feeling of powerlessness in the sufferer..

Non acceptance or invalidation not only of what we suffer but of its TRUE affect upon us denies us our humanity and our full range of feeling.. In denying we become sicker as the body will not be fooled or lied to permanently so in the end a fatal disease may occur.. Suicidal feelings will become even more likely since the truth in being denied cannot find the light of day and will make the person in that situation feel both alienated and hopeless. A traumatized person can be driven into the most extreme isolation and then even blamed for it. Is that NOT enough to drive any one crazed with fury, desperation, rage and hurt?

One of the most painful scenes for me to witness in that film was the one in which a far more brutal doctor is shaming and trying to shock a deeply traumatized soldier out of of his shell shocked muteness. In the scene the man is strapped to a chair with a headdress around him while electrodes are being applied to his tongue. My entire body went into spiral contractions and mini seizures watching this. The aim of the treatment is to restore the man so he can become a person capable of enduring even more trauma. When you really think about that war it can be seen as an event of gross collective insanity, those men who did not have to be exposed to that level of trauma or suffering treating those who did in the most brutal and unfeeling way. But that psychiatric lofty cold ‘scientific’ distance devoid of true empathy and human feelings is a killer. I know it does not apply to all psychiatrists but it does to those who chose to stay remote and silence the truth.

This film also concentrates on the budding relationship between two of the major poets of that period, Siegfried Sassoon and Wilfred Owen..If the film portrays real events it was Sassoon who encouraged Owen to give his war time experiences a voice.

The final scenes of the movie show the psychiatrist receiving news from Sassoon via letter that Owen was killed just one week before armistice in 1918. In that moving scene Dr Rivers, played by Jonathan Price reads from one of Owen’s most powerful poems about a father willingly leading the lamb of his son to a willing sacrifice, closing out the movie with the lines being read as tears stream down his cheeks. I was so interested tonight to read that Owen actually died on the 4th of November 1918!!

my father behold the preparations fire and iron

But where the lamb for this burned offering

then Abraham bound the youth with belts and straps

and builded parapets and trenches there

and stretched forth the knife to slay his son

when Lo! an angel called him out of heaven saying

Lay not thy hand upon the lad

neither do anything to him

Behold! caught in a thicket by its horns a ram

offer the Ram of Pride instead of him,

But the old man would not so, but slew his son

And half the seed of Europe one by one

What a powerful metaphor. Those slain seeds of Europe were many of our ancestors. They were laid into the blood drenched ground and future generations rose from them. It was a very difficult thing that those remaining carried, that they could find no way of fully articulating and so often got passed down on a cellular level or as a result of the problematic symptoms that resulted enacted in the family. Have no doubt the suffering got passed on, but not in the ways many now even validate or understand.

When we deny the level of this kind of trauma, of any kind of trauma which is so often only too willingly perpetrated upon the innocent lambs then we also deny the sufferers, both their liberation and sanity. By dooming them to an ongoing ‘identity’ with labels that are influenced by our collective dominant agenda dictated by only the heroic or impervious being worthy, complete, normal or ‘healthy’ what is the result? A normal response to trauma is traumatic,intense, often confusing and painful in nature. Here some words from the AA Big Book come to me : ‘baffling and powerful!’

And yet, how often in carrying the impact of our trauma and expressing it are we made to feel or absorb judgements such as ‘weak’, soiled, broken, bad, defective or inferior not only for suffering in a completely understandable way but by in some way having to be vulnerable enough to be changed. And how often is a normal protest response demonized?

Wilfred Owen found his voice in the months before his death. If the movie portrays actual events it was Sassoon who encouraged Owen to write about those less than pleasant and uplifting things that society so often seems to prefer would remain silent due to them offending the hearer.. But to silence and shock and invalidate in this way.. To say that our trauma is down to us just being too weak or being broken or ‘crazy’ (instead of crazed by the heat and hurt and smite of abuse, neglect, betrayal or trauma) is this not a worse sin?

For our trauma is real, but it only becomes more real, externalized, and normalized with the telling which is for the teller a form of exorcism of those ghosts that in us remaining unconsciously bound to will only end up poisoning, haunting, dooming and distorting our present reality with the sins of the unconsciously relived past. In this way we continue to believe we are the problem rather than the problem being those things that happened to us and at the time lay so so far out side or our on power to change or control.

6 thoughts on “Trauma is about what happened to us” 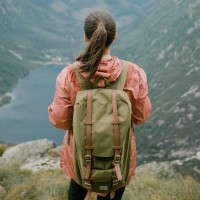 Life is meant to be enjoyed not just endured

Honest path to a peaceful life

Exploring my spirituality through self development, meditation and nature

Here , I share the Experiences of reading books and Book-reviews . Home Garden. Talk about Life .

"Life is a journey, not a destination." Ralph Waldo Emerson