It seems love and anger can not only coexist but have a big effect on each other, for if we loved and longed for love we may feel hurt and angry when it is not returned, at least not in the way that made sense for us.

I have not read the book The Five Love Languages by Gary Chapman but I know for some of us time is one of the important ones.. My parents didn’t have a lot of time for me, often their focus was elsewhere and maybe I should be ‘over’ it by now but my heart can only leap for joy when a family member or anyone else calls or wants to spend time with me as sometimes that wound of being alone does smart, or maybe it only began to make its true presents felt to my conscious mind through the work I have been doing in therapy over past years.

This morning for some reason after reading all of those chapters on anger in John Lees book (as he addresses how few therapists can actually help us work on this issue due to not having done their own anger work) I woke thinking of the six therapists I went through after returning to my home town and before connecting with Katina in January 2016,… I was sent to Kat as my then therapist Rae went on a break and it was long break, when Kat and I connected I just felt her to be more engaged and warm, so after Rae got back from holiday I told her I wanted to make a change.. Kat has never kept me waiting, was always there to open the door and then walk me out to the top of the stairs and smile and wave at me as went back down them to my car. To someone like me with that level of attachment wounding this did mean a lot and one of my first therapists Brian Hunt once told me “Deb when you look for a therapist it needs to be someone who is freely available most of the time” I thank God for that advice.. Attachment wounds can only really begin to heal or become less painful if we are connected to and shown enough understanding and empathy so that we can then internalize that and then begin to show it to ourselves as adults.

Thinking of my other therapist, Anna Karamuel was a lovely Dutch therapist i managed to connect to shortly after returning to Canberra in 2011 a good friend of my sister recommended her as she went to see Anna after her own difficult relationship ended, but Anna was not available for twice weekly sessions. In time I tried several other therapists. One, a somatic therapist and I came to loggerheads when she tried to come too close to me in a body work session I just got triggered and lashed out.. She gave me a very cold hard look and said to me “you can leave if you want” all I could do was cry in shock as I retreated back to the couch I would sit on during other sessions we did not do on the floor body work.. Things fell apart rapidly after that.

I then went to see a lady called Christine Wild, that went okay but when my sister Judy died she was so strict, she would not allow me time to go with my Mum to clean out my sister’s room in the care home where she had been resident since 2003 and this sadly ended our relationship.. When ever my Mum was ill or take into emergency hospital care, Kat would always understand my need to be there for her was, at that time, more important than my own therapy, at least for a short while.

I was listening to a radio program today on conflict and discord in relationships and also on the issue of repair, it involved two aboriginal actresses playing a part in a new drama on racial issues, one of them intelligently said that she felt sometimes important relationships need to fracture so they can come back together in a new and more deeply intimate way.. That made sense to me. It is understood in Al Anon that those of us affected by alcoholism so often will cut off from people when hurt, that is fair enough, as we may need to self protect for a time but there is also the issue that we are all different, that we all come to relationships with different styles and energies and pasts and that sometimes these may clash and that a good relationship allows us a place to have conflict and so learn more from and about each other.

When I think of my relationship with Scott lately I think of how we have had to negotiate a number of difficult issues of trust, dependency, suspicion, anger and also longing.. Somehow the friendship we have developed between us over past years has survived even as I have now had to set limits on over giving to him.

Hopefully anger can find a place in our relationships if we can find a healthy way to express it.. Taking the risk of expressing my anger over certain issues to family members earlier in the month does seem to have made things much better between us.. Much as my sister keeps her own anger under wraps she has really shown compassion to me in mine, lately.. For that I am grateful.

Gary Chapman has actually also written another book on anger.. In it he speaks about giving others the opportunity to express angry feeling with and to us and from us to them.. How well we are responded to will make or break the relationship. For me, with huge fears about anger, I have always been scared the expression of it would lead to an ultimate rupture.. but this is not always the case and come to think of it if anger and grief are deeply linked then so are anger and love, when what we long for is withheld me may rage and as John Lee pointed out in that writing I shared yesterday under that rage may be old feelings of emotional abandonment surrounding our younger longing to be loved..

The depth of the hole we feel (often spoken of in recovery circles as ‘the hole in the soul’) will be a massive indicator of where our longings and wounds lay.. And it will be hurt in this situation not to be responded to with empathy even at the same time as we come over time to know that (as an emotionally mature adult) we can not always expect this from another separate human being,

3 thoughts on “On love and anger : some thoughts” 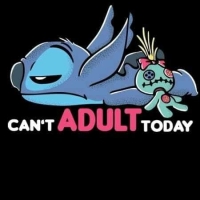 Social Artist
Sharing What We have To Help Others

I Think For All

Home for the Enlightened Empath

Mental health- you are not crazy, you just have a powerful mind

and life was a poem