Sometimes it seems to me that feeling my true feelings is impossible without my mind arguing back. There is the running critical commentary in my mind that argues with me about the way I am feeling and telling me I ‘ought to feel another way or uses some kind of philosophy.. This is not always bad as expressing our true feelings with some people may get us in a lot of hot water.. We may be judged. Then it is always a surprise to me when my repressed feelings just burst out sideways like they tend to do every second Wednesday when my gardener David comes..

David gets very focused on the garden, he was a bit mean and abrupt with me last year and I nearly told him not to come back, instead he reduced me to tears as I pleaded with him for help…he took mercy on me then but today he nearly tore my jumper when he was trying to take a branch off me I had pruned and I just said to him “please can you be more gentle with me?” On reflection I do think David’s visit triggers my painful feeling around masculine Mars energy and about my Dad too.. The struggle I seem to have with my living sister who can also be short, sharp tongued and abrupt seems to correlate with her Mars in Sagittarius at 4 degrees and squaring my natal Chiron at 4 Pisces in the 7th house of relationships. However in her chart Mars also squares her own Sun and Venus conjunction in Pisces and often I see her softer feeling side buried.. Mum had Mars in Pisces at 4 degrees.. Dad was often wounding her with his disconnection when she got highly emotional or triggered.

I woke today all twisted around anyway.. I have been listening to videos going to sleep from Louise Hay but I wake up and the phone is on fire next to my body, I know we are told not to sleep with our phones but I love the soothing of Louise’s voice and her focus on loving ourselves and this one I listen too involves also taking the inner children of both parents into our own heart.. for so often our parents inner kids caused us problems growing up…

It also occurred to me in the middle of the night that my brother’s oldest son lost his Grandad (my Dad) at the exact same age that my Dad lost his father.. 12 years of age.. That was also the age his Mum was when her mother died.. and that death marked her for a long long time. I had taken a family friend out yesterday who worked for my father and brother for a long time and when I mentioned wanting to try to improve this distant relationship she just said to me “Deb, be careful, Anthony is very controlling and narcissistic and anything you say will find it back to your brother” Its so tough to fear I will be judged, but his perfectionism/control issue is something I saw one time when we visited my nephew’s place and he talked down to his wife in a bossy way. In a strange stroke of synchronicity when I came back to my home town this house I ended up buying was the one his wife grew up in and at a recent family event my niece in law’s mother asked me if they could come and see it… I have not been prepared to do that before now as I did not feel safe or secure enough but I long to do it as I just love connecting.

I am realising that I have had so much to grieve today as I shed all of those tears trying to cut through a tree branch without a lot of success. I thought of the terminations of pregnancy particularly.. How sad that was.. to never be able to bring a child to term and how hard it was for my husband.. I was not ready… but sometimes it feels I am just cursed to so much aloneness. The battle is going on with Scott too.. I have few doubts he is not genuine now but this money issue is hanging over my head.. Money is a horrible issue because I have not lacked for money but I have lacked for attention, togetherness and most of all TIME.. Scott only has brief windows of contact due to his heavy schedule with training and patrol. We have two hour or hour and a half windows 5 days a week but lately with the morning’s closing in and due to the fact sometimes I am awake for a couple of hours in the middle of the night I am not often awake to talk.. I pushed myself today then got the shits he had to go.. I am never like this usually but I got really really angry about it and later was shouting at people in traffic blocking my way and going at a snail’s pace. WHY DOES EVERYONE ELSE’S SCHEDULE DOMINATE MINE.. WHY IS MY TIMETABLE SO FUCKING UNIMPORTANT.. Could be another wounded ego issue? Or a valid anger.. just not sure at all????

I know enough by now to know that when I react like this its about me not anything happening around me.. I just went down by the lake then and sat under a tree and prayed.. the cursing coming out of me was pretty darn intense and dark…

Buried feelings of grief so often masquerade underneath anger.. That is something I am learning more and more lately… with my Saturn Mars I feel blocked and put upon by the Universe but such an attitude isn’t a good one for me to feel happy and free.. So I try to keep always examining my motives and where my blocked or heavy feelings may be causing current problems or outbursts with the life and people around me.

One thought on “Feeling my true feelings : not easy!” 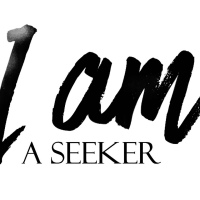 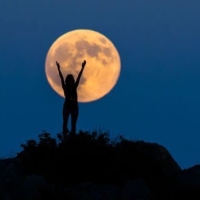