Yes the titles of the Flock of Seagulls 1980s hit does suit me and my life.. I just had afternoon tea with my sister at Mum’s unit and I had a sense that all is working out for good, amidst the pain and all the breakdowns.. I took over some treats and we shared a cup of tea, I asked a lot of questions to keep the conversation flowing but when it came to our shared past it helped to be able to know were both in this family together, even if born at vastly different times and that even though I missed out on a lot of the closeness it was just the patterns in our family playing their way out.

I was aware after the email from my ex that at one point we had the option to move back to my home town but I could not, at that stage, bear to be so close to the site of all of my family trauma… I know I resisted and the help would have been there even though my mother and husband wanted me up and running and functioning, at that point I had just been through too much trauma.. And so I ran or stayed in isolation and in time things fell apart and I injured myself from running…

I see it all more clearly now, how much fear I was in and how much fear and grief even unlay the anger, so when others were scared of my anger maybe it was because they could not see or feel the vulnerability and longing underlying, nor how, being born during the 1960s a time of critical change between masculine and feminine I would have to contain so much of the trauma of the breaking apart of everything. In fact my accident in September 1979 was the first crack, my sister’s aneurysm and breakdown in early 1980 the second, her abandonment and loss of contact with my four nephews during 1983 – 5 the third and my father’s death from stomach cancer in early 1985 the fourth.

I have endured a massive amount of trauma and when I chose to run overseas again in 2005 that is when I had the head injury and I do feel now it was for a reason. I remember my ex husband visiting me in the hospital and telling me to go home, but the problem is I felt that home was an external reality rather than an inner one, the home I knew was only ever breaking open, tearing apart at the seems or shattering.. and only now is it starting to come back together as I build a home insude by embracing all of the painful memories and no longer defending and running.

This afternoon the subject of my Poppa came up, the man who died when I was only one, that everyone loved, who helped my mother and Nana when they were so alone during the late 1930s to be a family again.. A few years later Mum met my father at a dance for the Dutch East Indies Airforce and the rest was history (or kismet as my father liked to say.)

As I sat in Mum’s old apartment looking out at the vista of surrounding blue hills covering the horizon I thought of how my father had his fortune told in Indonesia a few yeaes before he met my mother and the fortune teller said “you will go to a place surrounded by blue hills, marry a dark haired woman and have four children,” possibly a good guess but Dad used to always say ‘its written up there in heaven when you come into this world and when you go out of it.’ If that is so I now accept EVERYTHING…I MUST ACCEPT EVERYTHING .. ITS THE ONLY WAY TO STOP RUNNING, THE ONLY WAY TO FIND PEACE…I just cannot fight my history any more and I feel just sad my ex husband and I could not move back here together and things had to break apart as I got so stuck in the family unconscious and yet, maybe even that was written, who knows.

I see that even though my sister and I clashed, she honestly tried her very best to be a loving sister to me… I think it was hard for me to have her as my boss and not a cosy close sister…I think to her I was also the younger cheeky one who maybe drew some of the attention away but I never think she may have truly understood the loneliness of the later years..

I sat with those outsiders

Those long shot last round fighters

Anyone who aint afraid to stray offcourse

My heart bleeds for country music

Where the honest outlaw truth is

I aint no white knight I

I recall sitting in the gutter in front of Kings Cross pub in the final 4 years of my addiction with the outsiders and later being called by my sister who was staying nearby on a business trip and had driven past in a taxi on the way to the airport and saw me at 6 am in the morning drunk and wearing hair extensions.. I remember the call she made to attack me about how I was ‘living a double life’ and she did not even know if I really was her sister and how it hurt me and made me feel so so ashamed.

I sat on the outside as I did not really know the way into anything, the honest outlaw truth speaks more to me than a million cosy platitudes because I have known a life of exile and suffering and how it is not to feel apart of things, and yet the journey of sobriety and emotional recovery has, over many years slowly returned me to my heart…

I dont want to run any more.. one day I will fly away for adventures but will not be a flight of escape… because I feel I have fully embraced the trauma and suffering of my past.. I endured so much and I survived so much… I am not a victim any more.. I am a survivor and I should be proud, of the way I tried to stay close to family even when it hurt because I could not deny the need for love as well as the deep love and compassion I now see I have for them…and yet along the way I have found ME… SOMEONE I CAN BE SO PROUD OF, SOMEONE WHO HAS LOVED AND FOUGHT TO BE REAL, TRUE, HONEST AND VULNERABLE, SOMEONE NOT AFRAID TO SAY I HAVE SUFFERED BUT ITS JUST LIFE.. NO ONE’S FAULT ITS JUST THE WAY THAT THINGS UNFOLDED IN LIFE

EACH DAY I GET TO WRITE A NEW CHAPTER AND I ALSO GET A CHOICE, LOVE OR FEAR, CLOSING IN OR OPENING UP MY HEART, RUNNING AWAY AND SEEKING DISTANCE OR TURNING BACK TOWARD CONNECTION? 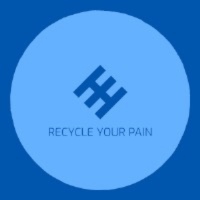 Ink Of The Heart 🖤

Every Word Tells A Story

Let the mermaids in my teacup distract us for a while

"To Love Thyself Would Be An Awfully Big Adventure." LD Lore Email: selfloveloveself365@gmail.com

The heat of life

"There is only one kind of true heroism in the world, that is, after seeing the truth of life, I still love life."

Breathing in the Fullness of Life: Living, Loving, & Creating a Legacy

♠️Rip It Up & Start Again♥️

Living from the Inside Out to build resilient lives.

Grab a Blanket, But Don't Get Too Cozy...

A blog about my personal ups and downs after an assault, with advice based on what helped me to get better.

open your mind to a growth mindset and new perspectives

Trust and Allow The Process Of Life, In-Joy!