One of the best posts Ive read in a long time.

Breaking Bad, a show that aired on the US cable TV channel AMC from 2008 until 2013, is essentially about unwise choices borne of dire circumstances, and trying to solve the unpleasant consequences of those choices by digging deeper into the realm of the underworld via additional unwise choices.

Yet, if one is paying close attention, there is plenty of wisdom to be gleaned from that show.

One of the most significant pearls of wisdom comes from an unlikely source (and a quite minor character), the 12-step addiction recovery counselor with whom one of the main characters has contact.

The reason this character’s wisdom is unlikely is because he’s planted into a show that illustrates fictional-but-realistic proof that the underworld depicted in the show can be extremely tempting, luring, compelling, and invisibly chaining. The counselor himself is not perfect, having been One of Them at some point before it took… 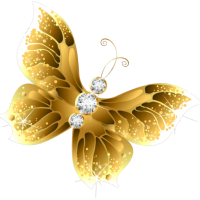 Building mental wellness on a foundation of strength

living in the vibe of my emotions

Musings Of An Autistic Mind

Channeling my thoughts about the world outside, and inside, into prose and poetry

Go instead where there is no path and leave a trail...

Adulting One Day At A Time

A Journey of Transformation

Shaman of the Whills

Personal writings about life. Overcoming the struggles and obstacles your faced with along your journey through life.

Providing support through research and awareness of all facets of trauma

A Prisoner By No Crime of My Own