I feel as though some walls around my heart and some defences that have blocked realities are slowly falling down or fading away at present there is a raw tenderness and vulnerability I am feeling lately ever since my birthday.

I watched a very sad thing on the programme Married At First Sight in Australia last night.  It was about one of the brides who ran from intimacy at the 11th hour.  She just disappeared.  She then reappeared to confront the issues with her confused partner.  He was a very gentle man who was an ex teacher and could have provided the solidity she was looking for for her 11 year old son.  But it was clear that fear had made Laura run.  At first she focused on Andrew’s so called imperfections,  he wasn’t tall enough.  How often do we do this unconsciously out of fear?  We look for all the reasons it won’t work instead of looking into the other’s eyes, heart and soul staying open and taking a leap of faith.

It was clear to me that Laura was terrified, as I would have been terrified of intimacy and have been in the past.  In the end her joking defence slowly fell apart and tears fell as she explained to Andrew how scared she really was and asked for another chance.  He could not give it to her. He just couldn’t take that chance.  One thing struck me powerfully about this.  At first Andrew did not know what do to or what had happened and he blamed himself or thought he had done something.  He had done nothing, he had just been himself but Laura’s fear of abandonment from very real abandonments in the past made her run and set up defences.  In this situation if defences are in place around feeling our wound, we make up stories about what the other person did or didn’t do rather than see the part we and our past are contributing.  Really what is happening is we are meeting our own fear projected and then when we have to face the fear there is so much sadness underneath.

As Laura’s tears were falling the psychologist asked “Why are you crying, Laura?”   That got up my nose, surely he could see what they were about, the pain of longing for love and connection so long thwarted by her own fear and the past rejections.  Maybe he just had to ask that to get her to verbalise it for Andrew, but being me I felt it showed a lack of empathy and Andrew could not get beyond his own hurt to give her another chance, in case she hurt him again. That is fair enough he wanted to protect his heart and look for someone emotionally heathy.  It was so sad though and triggered my own experiences of pain in the past.  Laura is still alone and so is Andrew.  Lauren has some fear to work on and through but how can she do this outside of relationship?

Relationship is the mirror in which we find ourselves.  Our earliest relationships either mirror us or they don’t. Here lies the genesis of our narcissism, healthy or unhealthy and our ability to be intimate, both with ourselves and with others.  The lonely, neglected, unmirrored child goes everywhere looking for the love that should have been built into them by an affirmative gaze and firm parental boundaries of self.  Lacking this and suffering the passive abandonment of parental neglect (a term I am borrowing from CPTSD expert, Pete Walker) the inner child in us forms a painful inner critic that blames it for the abandonment and tries harder, or sets up impossible standards that block true humanity and intimacy not allowing us to trust again for fear of being hurt again.  And we can lie about this to others and to ourselves.

Lacking this inner grounding of self we feel defective in some way and carry that illusion of being defective or ‘not good enough’ everywhere.  We then become hyper-vigilant scanning the environment for the next threat or abandonment.  We are now projecting onto the present a painful past and ensuring that any new attempt at intimacy is bound to fail, until we go through enough pain to question why and how this is happening.  With deep wounds in this area we will need a partner who is willing to accept that we are not perfect and may be bound to set up old repeats and have much work to do to move through our fear.  And we will make no progress until we can understand and speak about it with them.  They would need to be very patient with our terrified inner child, and I can understand how for many that would just be to much work, but if we are wounded this is what we truly need in a partner, someone capable of extending themselves in true empathy.

Watching this show last night triggered something deep for me.  I see the times I have run myself and looked for all the excuses in the world as to why it had failed and I remembered times I too was on the receiving end of this treatment.  True in some relationships I did not choose well, but I also lacked a true belief in my value as a person and without that what did I have to truly give in terms of intimacy?  I suffered from covert narcissism.   My own parental neglect has driven me for years, to become the one who will bind up the wounds that I never caused in the first place but have contributed to by carrying on a pattern still working its way out across the generations unconsciously and it has also driven me to be the one who cuts off and runs when original wounds have been triggered in the past.

Often I exhaust myself in this process not fully having known before now what was driving me. Finding that out and having to bear the cost and pain of it is enormous as so many of you know but I do feel that it is only by facing the grief that I can see the part that fear has played in keeping me unconscious and locked in old patterns.  Once I can face and own that fear, like Lauren I am part of the way forward, more able to be vulnerable and conscious.  More able to both understand the roots of my fear and perfectionism and more able to encourage the wounded inner child in a new pattern of courage, fortitude and trust, one no longer so dominated by fear’s unconscious influence.

3 thoughts on “If we are always scared how can we truly connect?” 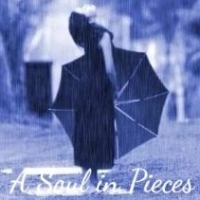