For a long time in my life, although I was not aware of it, I was wandering the world hoping for understanding and comfort.  As the youngest I felt very much like an observer and an outsider in my family.  There are huge age gaps between me and my oldest siblings and so in some ways living in my family was like being an only child.

I wrote in an earlier blog about finding a cache of letters written during the year I was four which outline the context of our family life.  What came across were two parents who were very involved in their own life and little involved in mine.  A conversation with my mother midweek revealed little memory, on her behalf of this time, only the observation that I was a “difficult child”.  It wasn’t only me who was difficult, the dog was difficult too.  What I am beginning to see is that we were probably both really bored and so, as lively beings do, we began to get up to mischief.

Its interesting as it has been coming into my mind this week that I need to write some blogs on the family scapegoat.   I am actually intrigued by the concept of the scapegoat and felt so grateful to come across the most wonderful book on the subject by a Jungian analyst Syvlia Bretton Perrera around the time my marriage ended.

The fact was that I became a scapegoat target for my husband’s family and eventually, towards the ending of my marriage when I was trying to bust out of my false self and reclaim my true self, an alignment took place between my husband and my mother who seemed determined to keep me in lock down by scapegoating me further. I wish I could say, that at that time, I was strong enough to break out, but I wasn’t.

If you have spent a life time being told that who you are, isn’t who you are, that what you feel isn’t what you feel, its not so easy to break free.  In my case I needed others around me who actually saw who I was and the person I was struggling to be, that got buried so many years earlier.  I also needed to be part of a group of others who were determined to bust through facades and come clean about the true reality of their deeper selves, all the ways in which they had put on fronts, consciously or unconsciously to hide the secret of who they were.

If you have spent years locked in an addiction, as I had and then get into recovery the point is this : that the false self has to crack.  As I recovered and reviewed my history it became clear to me that my addiction began to escalate around the time I was forced to follow a career of my father’s choosing, rather than pursue the one was dear to my heart. Along that path part of me went into a deep freeze.

I looked to substances and other outside sources of soothing and comfort that would help me to unfreeze and liberate some of the buried energy I had locked down deep inside.  At my Saturn return the pain of the distance between my true and false selves began to squeeze and cause me a great deal of pain.

Prior to finding recovery and dealing with my addiction I make a conscious effort to make a move away from what was imprisoning me.  Thus began a journey that led me to recovery and along the way as things began to thaw I had to navigate some fairly powerful emotions.  Emotions that most certainly were not acceptable to my spouse or my family.

In her book Perrera makes the point that the scapegoat carries, for the collective of which it is a part, energies that have been placed in the shadow and are so necessary for wholeness.  Rather than accepted these energies are exiled to wilderness, that wilderness may lead the scapegoat to the acting out of addiction.  While engaged in the addiction the scapegoat is expressing the pain of their entrapment and exile.  Once consciously navigated this pain can act as the motivation for spell breaking, for finding ways to explore and release the repressed and trapped energies which so long ago were exiled, but only to the degree that we reach an understanding of the role we have had to take on, of necessity.

Its interesting to me that as a child I was expressive, strong, outspoken and emotional.  By the time I was an adolescent I had turned into someone who was awkward, insecure, shy and uncertain.   It is obvious to me now that I became that way as my true self was never mirrored by the collective of which I was a part.

The exception to that was my eldest sister.  A scapegoat herself, she saw me, she got me, but unfortunately she had a cerebral bleed when I was 18.  Perhaps the powerful underground message that I absorbed from this tragedy was that it was dangerous to be strong, to be independent, to be expressive and to try to break free.  Indeed my sister moved away from home when I was only 3.  She returned when I was 17 and things rapidly fell apart.  The consequences of her trauma causing rifts in a family which was set to undergo it own transformative splintering.

In the end my sister suffered exile to a home, where most members of my family had little contact with her.  I was lucky enough to witness the entire collapse, her attempt to take her life and then diagnosis and drugging that followed and kept her trapped in that role.  I am sorry to say that I was “lucky” enough, but I was having this conversation yesterday with a close friend, who is himself the youngest in a large family about the gifts of being the younger.  We get to witness and learn a lot.  In my case, being an outsider came with gifts.  And I made the choice not to have children and have them carry my own pain before I could process it and become conscious of it.

At times in different groups I have been aware that I have taken on a scapegoat role, being exiled or thrown out of the group, due to the fact I was suffering emotionally.  As an active addict I was an easy target for others scapegoat projections.  What was so important for me during the course of my recovery was to break my own identification with both scapegoat and victim.  I have just been re-reading Eckhardt Tolle’s power of now and in it he makes the following comment:

There is a great deal of unconscious ego investment in pain and suffering.

I had a bit of an ah-ha moment when I read that comment.  My exile is only painful to me when I identify being part of the group as a cherished ideal.  In truth, though at times it can be lonely, not feeling apart of things brings a far greater freedom.  Its amazing how the unconscious process we undergo also brings insights at certain moments, from deep within when we have been elaborating on certain truths.

Last night I had powerful dream that the group of which I have been a part for some years, told me that I was no longer welcome there. “You are just too outspoken” they said.  I walked away feeling there was nothing I could do, that I most certainly did not belong, that who I was in my deepest self had been rejected and that I was now on my own.

On waking I was aware of a very powerful underground grief and a dull headache.  Over the day it has passed.  I am not totally sure what to make of this dream but it was no surprise when I looked into the ephemeris to see that the Sun had passed into 00 degress Leo today and that I was undergoing my annual solar opposition to Mars Saturn Moon in Aquarius.

Yesterday following a conversation with one of the leaders of this group I had a knot of pain in my stomach telling me that what had occured during our conversation was all about invalidation.  I had been aware of this before and not honoured my true feelings.

Deep in the twelfth house the Sun is transiting.  Energy has been low, but I am feeling the rumblings of that slumbering Lion.  Currently Venus and Mercury are behind the Sun and we are heading in a few days towards the dark of the Moon prior to the annual Leo New Moon.

Maybe the Lion roars too loudly at times, but what if its trapped cries have been imprisoned for ages.  The thorn in its paw hurts and it may be taking some time for it to heal.  Still I am glad of the Leo/Lion energy and find a great primal beauty in it.  It appears to me such an antidote to the loaded Aquarian energies of my own chart.  With my Sun’s ruler Uranus in the sign of the Lion and in the first house opposing the seventh, was I ever really going to feel like I belonged in the group?

In a conversation with my Mum last week she said “You never wanted to do what everyone else wanted to do”.  What I do remember is that at times there were very painful things going on, I just energetically did not want to be a part of.  It occurs to me that over later years I pretended that I did and even came to believe there was something wrong with me for feeling this way.

Apparently this is not an unusual situation for empaths.  Sadly in the past, the price of being outcast just seemed too expensive to pay.  I am beginning to realise now that maybe at times, its better to be able to be alone in that and be real, rather than pretend and loose my self, my way and my authentic voice and feelings.  If others like it or lump it is that really my business?  As I continue on this ongoing journey that is my life I pray for the strength and courage to be true to me. And to find the power and strength in times of aloneness.

7 thoughts on “Feeling like I dont belong may be the price of belonging to myself.” 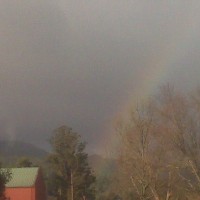